Today, the Supreme Court of the United States published Dobbs v. Jackson Women’s Health Organization (June 24, 2022), overruling Roe v. Wade (1973). Firstly, it should be noted that overruling Roe does not make abortion illegal in the United States. Rather, Dobbs merely cedes this issue back to individual states to decide through the democratic process. For the foreseeable future, states like California will almost certainly continue to permit abortions, while states like Texas may begin to restrict abortions.

Roe created significant confusion for lawyers and non-lawyers alike, because if SCOTUS said there is a constitutional right to an abortion, surely some article or amendment of the Constitution supported that conclusion, correct? No. Contrary to popular misconception, Roe failed to cite any provision of the Constitution which specifically grants a right to an abortion, and that failure has been an enormous red flag ever since Roe was published. Dobbs acknowledges that Roe was decided “[w]ithout any grounding in the constitutional text, history, or precedent.…” For those who watched the Dobbs oral arguments, you may recall a series of rather uncomfortable moments when none of Roe‘s proponents could muster a coherent response to Justice Thomas’s simple question of which article granted the right. As the majority explains, “supporters of Roe and Casey contend that the abortion right is an integral part of a broader entrenched right.” In other words, Roe’s proponents were quite literally arguing that it was the vibe of the Constitution that conferred the right.

Roe invented a constitutional right out of thin air because of “judicial activism,” a practice in which unelected judges create entirely new law without popular vote or legislative oversight. Judicial activism is wrong because it violates a judge’s role to merely interpret the law, and to respect the legislative branch’s authority to create law. Today, the Justices acknowledged the wrongfulness of this activism in Roe, writing, “courts cannot substitute their social and economic beliefs for the judgment of legislative bodies.”

Dobbs is a mea culpa,just as Brown v. Board of Education and Plessy v. Ferguson corrected fundamentally flawed decisions. As the Dobbs majority writes in its 6-to-3 decision, “Roe was egregiously wrong and on a collision course with the Constitution from the day it was decided.” 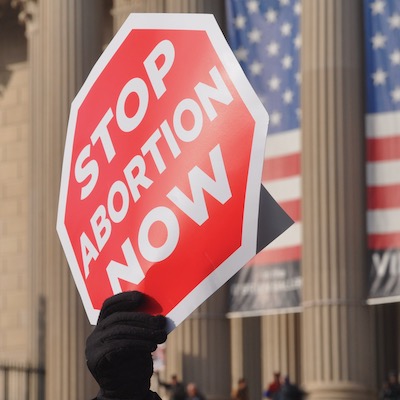